Steve Jobs, Rick Smolan and A Day in the Life of Japan

Last week, I started Thursday morning as usual; breakfast, check my mails, then pore over New York Times online. But when I did, I was saddened to learn that Steve Jobs had just passed away.

As I scrolled through the articles, reading about the loss of this great man, I began to feel the sad poetry of that moment. Here I was reading about his life and death from my Macintosh computer, a device whose every detail was personally scrutinized by Jobs, all the way down to the placement of the Apple logo. One of the articles I read that morning quoted President Barak Obama which echoed that same sentiment:
"The world has lost a visionary. And there may be no greater tribute to Steve’s success than the fact that much of the world learned of his passing on a device he invented".
Although it may seem cliche to say so, Steve Jobs really did affect my life. His machines have been so intertwined with my life and most importantly my career. I have been a Mac user for over half my life and this was not by my own choosing. Apple Computer chose me.
It all started in March, 1985 when I was a 23 year old photojournalism student. I had managed to secure a summer internship in New York with Rick Smolan and David Cohen, the infamous duo responsible for the “A Day in the Life” book series in which a swarm of the world’s best photographers capture a country in a single day. I thought I would be hanging out in New York all summer, but when I arrived their office, the first thing I was asked was if I had a passport. I said no, as I had never been out of the country. I was told to get one immediately for in a few weeks we would be leaving for Japan to make the book A Day in the Life of Japan.
The next few weeks were a blur and by mid April I found myself in Tokyo, Japan, sitting at a desk starring at this odd looking box called an Apple Macintosh computer. I was told to quickly learn how to use it, and Rick, who always made everyone feel at ease, gave me a tutorial and got me going right away.
In a few days I was using the Mac with ease and the project soon progressed in the typical Rick and David fashion. That is, they seemed to thrive best when faced with insurmountable odds and impossible deadlines.
Work was nonstop, but there was never a dull moment. The daily parade of visitors to our offices and nightly dinner parties were unbelievable. Famous photographers, photo editors, writers, TV crews, and Japan experts were constantly dropping by. One, was the legendary Japanese photographer Hiroshi Hamaya who we took on as an advisor and all around Grand Poobah. After hours we would hang out with him at our hotel bar which we dubbed “Hamaya University”. Others, like Arnold Drapkin, the Director of Photography for Time Magazine showed up and casually hung around for a week or so. The daily streams of VIPs never stopped. As a young photographer, this was the life. I had a front row seat to this amazing project in a country that was equally intriguing as it was mysterious. I was in a photographic playground.
But then came the day when Steve Jobs paid us a visit.
For all of the Day in the LIfe projects, corporate sponsorship is essential. Rick had secured us office space at Apple Computer Japan’s headquarters in Tokyo. Also in his wizard-like ability for garnering sponsorship, he got Apple to commit to give every photographer on the project a Mac Plus (800K), complete with a dot matrix printer and floppy drive. The photographers had a choice for working on this project: a $2000 payment, or the Mac which was worth more than double that amount. Suffice to say, almost everyone chose the Mac.
But as were a few weeks shy from 100 of the world’s best photojournalists arriving Tokyo, Apple CEO Steve Jobs made an unannounced and surprised visit to Apple Japan. He was hurriedly given a tour of the small premises. As Jobs was unaware of Apple’s sponsorship of our project, when he came upon us he asked, “who are these guys”. He waltzed in, and all of us just froze. Jobs entered behind me and stopped just inches to my left as I was typing away on my Mac. We were introduced, and our leader Rick Smolan, the master salesmen explained the project and Apple's involvement. There were at least seven photographers in the room then, but we were in such awe we forget we even had cameras at our desks. Not a single photo was taken. Rick however was very concerned that by the end of the day we would be booted from the premises.
Fortunately, about a half hour later Jobs came back and began taking an interest in what we were doing. Rick and David showed him everything about the project. We later realized that our project was probably the most interesting aspect of Jobs' visit to Apple Japan that day. We got to keep our Apple endorsement, and when I look back at it, this was Jobs in his truest form. We had appealed to his creative sensibilities and he quickly reciprocated.
A Day in the Life of Japan took place on Friday June 7, 1985 and over 100,000 photos were taken that day, resulting in a large format coffee table book. It was a time capsule of Japan at the height of it's 1980's economic growth period, and now such an important document of that era.
Four months later Steve Jobs was ousted from Apple at age 30.
As for me, a year later in August, 1986 I returned to Japan and have been living here ever since. Of course using Apple computers all the way. But in learning of Jobs' death last week, it also dawned upon me that when I both met Jobs and also learned of his passing, my fingers were at the keyboard of a Macintosh computer.
Yes, there is strong poetry in that. 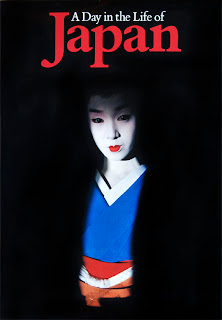 I remember it well and there's one detail you left out. When Steve came to the office and looked around he asked if we were paying rent :)
October 18, 2011 at 2:21 AM

tbphotos said…
Vic, So funny! I don't remember that, but a nice humorous footnote. Could you have imagined if we had to move the offices from Apple to the Hilton? I think Rick and David would have had us do that in a day!
October 18, 2011 at 12:11 PM 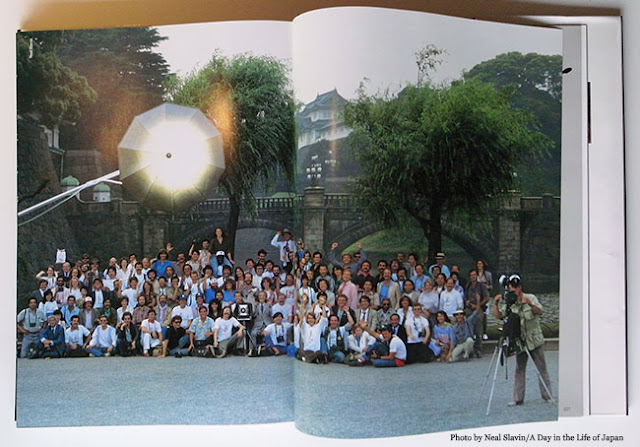